Jesada Technik Museum > About Us 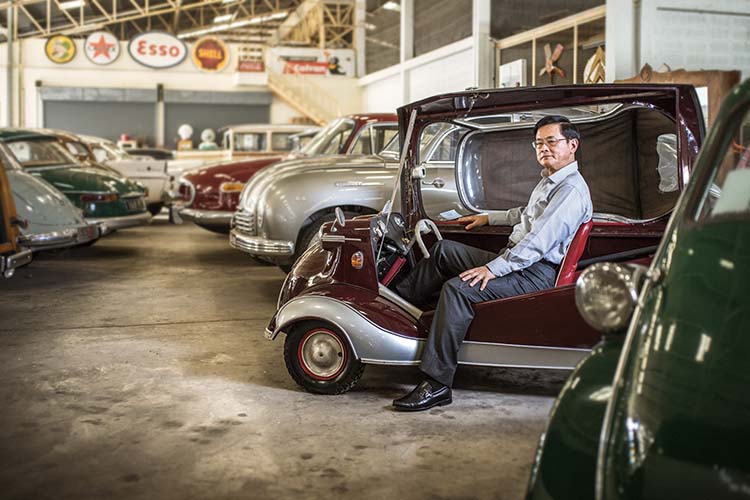 Initiated by Mr.Jesada Dejsakulrit’s affection and passion in automobile and machinery since he was a child, later when he had chances to travel to Europe for his work, after each business talk he rushed to transport museums in those cities. He once thought about having an automobile museum in Thailand.

Mr. Jesada first oversea collection is Messerschmitt KR200, a German Microcar. He acquired it through an auction in Switzerland in 1997. His mileage started from that point. A decade later the number of vehicle had increased very fast to about 500 units. Mr. Jesada decided to establish the museum and opened to the public in January 2007, naming it Jesada Technik Museum. The “K” in the word “Technik” is derived from German language as Mr. Jesada has visited Technik Museum Speyer and Technik Museum Sinsheim in Germany quite often.

The purposes of founding the museum are for public interest, preservation of history and heritage of world-wide vehicles. It is also for young and adult to experience, educate, and motivate their thinking in doing some great things. Recreational destination for travelers from around the world is another Mr.Jesada’s idea.

Jesada Technik Museum displays vehicles from land, marine, and air opening with no entrance fee from Tuesday to Sunday. We sometimes have activities outside the museum, for instance, antique car parade for the celebration of the king and the queen’s birthday, international rallies, participations in charity activities.

Your ticket for the: About Us